5 Notable People Hushpuppi Chilled Out With Before He Was Arrested 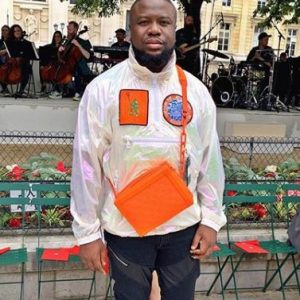 In the past one month, Hushpuppi has been the most discussed topic, and this not for his sumptuous lifestyle but for his arrest by the Dubai Police.

The born Ramon Abbss was arrested in an operation tagged “Fox Hunt 2” alongside his popular accomplice, Woodberry and 8 others.

Hushpuppi and Woodberry have been extradited to the United State where he conducted millions of dollars fraud.

After his arrest, some Nigerian celebrities took to their social media pages to show sympathy to the suspected fraudster, Hushpuppi and some has looked away from it totally.

Hushpuppi rolled with some notable personalities from different part of the world before his arrest and in this post, we’re looking at the top 5 people he chilled with.

Jagaban of Dubai himself, Hushpuppi was spotted on a private Yacht with Wizkid when last he visited Dubai.

You can’t be too big for Hushpuppi mehn!

There’s absolutely nowhere you want to enter in that Dubai that Hushpuppi can’t enter as well before his arrest.

He was also spotted with Davido and his Fiancee, Chioma in Dubai during the after party of his brother, Chairman HKN wedding that was held in Dubai.

Ramoni was also spotted with England club side, Manchester City and French National team defender, Benjamin Mendy while he was on vacation in Dubai.

We can all remember that from the FBI investigation on Hushpuppi, it was alleged that Hushpuppi tried to scam an English club side of $100 Million.

The controversial Senator from Kogi State, Dino Melaye was also pictured with the suspected fraudster, Hushpuppi before he was arrested.

Remember in 2019, when the PDP presidential candidate, Atiku Abubarkar, Bukola Saraki, Yakubu Dogara and Dino Melaye were all pictured with Hushpuppi when they’re in Dubai.

Well, the opposing party APC has called on the attention of the security agency to look into the matter and see how Hushpuppi is connected with PDP.

The comedian was also taken on a shopping spree when he visited the suspected multi-million-dollar fraudster, Hushpuppi.